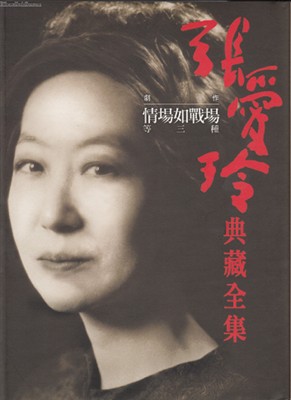 A born writer, Eileen Chang penned her first short novel at the age of 12 and never looked back. In her early 20s, an important Shanghai editor became interested in Chang’s writings and, by 1944, she was one of the most popular writers in the city. In her 30s after she’d emigrated to the U.S., Chang began to write books in English, although most of her work from that period was not appreciated until after her death.

Eileen Chang is celebrated largely for her ability to capture life “on the ground” in Shanghai and Hong Kong. Themes of love, longing and loss run throughout her work.

She is also one of the few writers of the time to capture the lives of women, giving an uncanny glimpse into the emotional struggles, fears and celebrations that Chinese women felt during the 1920s and ’30s. And many praise and others heavily criticize her for the lack of political dialogue in her novels, despite writing during a time of great social and political upheaval in both China and Hong Kong, where she lived.

Among Eileen Chang’s most popular and celebrated novels, Love in a Fallen City is a series of six short stories that trace the lives and loves of Shanghaiers in the 1940s. The Rouge of the North centers on the life of Yindi, a beautiful and capable woman who marries into a noble family and suffers under the weight of suffocation, while Written on Water is a collection of essays, letters and reflections on the turbulent Sino-Japanese War.

A number of Eileen Chang’s works have also become screenplays. Most notably, Lust, Caution was a 1979 espionage thriller novella set in Hong Kong during the Japanese occupation. The work was brought to the silver screen in 2007 by director Ang Lee.

This video offers some insights into Chang’s life and career from Roland Soong, who inherited her estate.